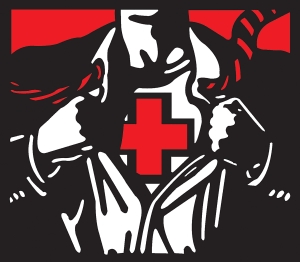 We lost a dear college friend this weekend. Randy Sparks passed away from a massive heart attack. He was in his early 40’s and leaves behind a son and a wife and more friends than you could fit in the largest theatre on Broadway. He was so loved and will be so missed. I cried like a baby when I heard the news.

This morning I open Facebook to see my former roommate is in Katy Methodist. He experienced classic symptoms last night of a heart attack and in the wake of Randy’s sudden death went straight to the hospital. He sent me a text this morning thru his partner that he was doing okay as he prepares for more tests today. He is newly married, has a wonderful son and is so loved by so many. The only thing I could bring him he said was an extra million dollars …if I had it sitting around. I know he will be okay….But I cried like a baby.

And then there was 3. My Father’s name is Denver, and that is what we all call him….we don’t call him Dad, Daddy, Father or Pop. He has never been any of those things to any of his children. He wasn’t a good husband or provider for his family. He just was never there for us.  He never learned to think beyond “Me, Myself and I” which was a legacy passed down from his own parents. Every one of his children vied for his attention in one way or another throughout some point in their lives. We all threw in the towel years ago , me included. Now in his finals days he seems shocked and amazed that no one “talks” to him. No one calls. My mother tends to his needs and we are polite for the most part but it doesn’t dawn on us to actually ….”act” like he exists as anything more than a thorn on our mothers side. A wheel chair bound amputee, COPD, PAD, Diabetes, Heart failure, dementia and now this week ,urine as black as night.  She takes him back to the doctor today and to yet another hospital stay. She tells me by phone that he stopped her this morning to say in his off-hand manner. “It’s really best that I just pass on, none of the kids talk to me anyway”…….OMG! Really??? What does he expect????  That was my first reaction. Defensive, bitter….that 8yr old little girl he pushed to the side so many times just lept right out of me. I choked it back down and assured my mother that we would do what we needed to do to make him comfortable and to call me once he was admitted. I hung up the phone …..and I cried like a baby.

Regardless of what he did or didn’t do and all the reasons why. How do you, excuse me, I let another human being die thinking they were unloved. When do you throw away the tally card that lists all the reasons why and replace it with why not? Take away the equation that he was supposed to be my father. If he were a stranger, dieing on the street, I would hold his hand and stroke his hair and tell him it would be okay. That he wasn’t alone.   What will it cost me to do the same for Denver? Money? Pride? NO……Just FORGIVENESS. Do I have any left to give? I honestly don’t know…..still hard to commit. All that baggage of the past weighs so heavy on the scale.

But I don’t live in the past anymore. I live in the now. And I have to keep reminding myself that each new day has a clean slate.

Randy knew he was loved, Jay KNOWS he IS loved and Denver??? Well, it’s a rough day and it still makes me cry like a baby….Lord give me strength.

I love each and every one of you.