I don’t need a proclamation…….

I don’t need a Presidential Proclamation to tell me to be proud of who I am. June has been GAY PRIDE month ever since I came out almost 30 years ago. I’d have to say to the US Government “You’re a little late to the party, Sugar”. I’m sure others see it as “better late than never”. Potatoe – Potato

The fact remains that we (The GLBT Community) still fight for equality in a country based on the premise of equality. The statement below is the opening paragraph of the Presidential Proclamation posted on http://www.Whitehouse.gov

BY THE PRESIDENT OF THE UNITED STATES OF AMERICA
A PROCLAMATION

“The story of America’s Lesbian, Gay, Bisexual, and Transgender (LGBT) community is the story of our fathers and sons, our mothers and daughters, and our friends and neighbors who continue the task of making our country a more perfect Union. It is a story about the struggle to realize the great American promise that all people can live with dignity and fairness under the law. Each June, we commemorate the courageous individuals who have fought to achieve this promise for LGBT Americans, and we rededicate ourselves to the pursuit of equal rights for all, regardless of sexual orientation or gender identity.”

I don’t think we need a statement or platform to be PROUD. We climbed the biggest mountains just coming out to Family, Friends and Colleagues and embracing who we are as individuals. That is something to be PROUD of. I would rather – if there had to be a STATEMENT made by the Gov’t that it be focused more on AWARENESS. Awareness of the on-going struggle for equality in housing, child rearing, spousal rights, job security and benefits. Expand the AWARENESS of persecution of CHILDREN in public schools who are so young they may not even be aware of their sexual identity but their mannerisms make them targets for bullying and many Teachers and Principals turn a blind eye. Suicide is on the rise in gay, lesbian and transgendered children. It is so heart breaking that a child in America can’t go to school and be nurtured, protected and encouraged to be just who God made them to be. Complaints from parents have fallen on deaf ears in administrations across the country. The focus goes back on the child victim instead of the abusers. Tell your son not to “act” so gay. Tell your child to dress less conspicuously…in essence – Tell YOUR child to be ashamed of who they are and keep their head low or risk the fallout. The bully is rarely if EVER removed from the school, much less reprimanded in anyway. If these kids can’t be safe in the classroom then they will cease going to class.They become the throw away children of society. They have the biggest mountain to climb to get back to a place where they can love themselves and be proud of who they are.

Everyone should be proud of who they are, gay-straight, black – white, fat – thin, white collar or blue collar. Expand your mind and be aware that there are differences all around us. We are all equal in the eyes of the Universe.  Is it too much to be equal in yours?

I love each and every one of you 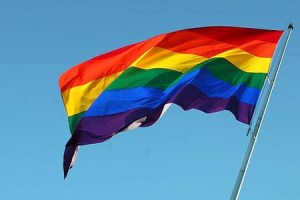